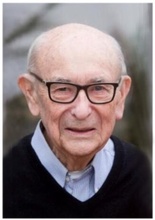 In 2002, McClain retired from more than 30 years of full-time employment at the University of Iowa, most of which was spend as an administrator at Weeg (until 1995), then ITS. He then became an Adjunct Professor in Computer Science where he taught for an additional ten years before fully retiring in 2012.

While at ITS, McClain maintained considerable ties to UIowaCS, spending many terms on the Graduate Faculty, advising students, and serving on examination committees; as well as teaching courses ranging from “Computer Literacy” to “Programming Languages” and “Computer Assisted Instruction.”

His career at the intersection of “Computers” and “Education” rings true to his 1970 doctoral thesis entitled “Development of a computer-assisted instruction unit in probability” and many talks, papers, and technical reports that followed.

Legacy© obituary may be found here.