This event is hosted by the Iowa Center for Research by Undergraduates. ICRU promotes undergraduate involvement in research and creative projects at the University of Iowa, serving students, staff, and faculty.

The 2018 Fall Undergraduate Research Festival (FURF) showcased visual presentations focusing on the research and creative work performed by undergraduates at the University of Iowa. Presenters work in over 35 different departments, representing a broad range of sciences, arts, and humanities.

Virtual Reality (VR) is a growing source of entertainment, but people who are visually impaired have not been effectively included. Audio cues are motivated as a complement to visuals, making experiences more immersive, but are not a primary cue. To address this, we implemented a VR game called Virtual Showdown. We based Virtual Showdown on an accessible real- world game called Showdown, where people use their hearing to locate and hit a ball against an opponent. Further, we developed Verbal and Verbal/Vibration Scaffolds to teach people how to play Virtual Showdown. We assessed the acceptability of Virtual Showdown and compared our scaffolds in an empirical study with 34 youth who are visually impaired. Thirty-three participants wanted to play Virtual Showdown again, and we learned that participants scored higher with the Verbal Scaffold or if they had prior Showdown experience. Our empirical findings inform the design of future accessible VR experiences.

In computer science, students who are blind or low vision will encounter barriers during their learning period because many computer science tools are not accessible to them. The subfield of Computer Architecture, in particular, has few if any accessible software tools. Computer Architecture is the study of how to build computer processors, as well as interfaces between hardware and software. Education in Computer Architecture requires specialized software tools, where people write textual programs in some programming specific languages. Furthermore, the outputs of these interfaces are visual renditions of digital logic circuits. To address these problems, we are determining in what specific ways these software tools are not accessible and ways that we might make creating and interacting with schematics accessible.

Other student presenters affiliated with the Computer Science Department were: 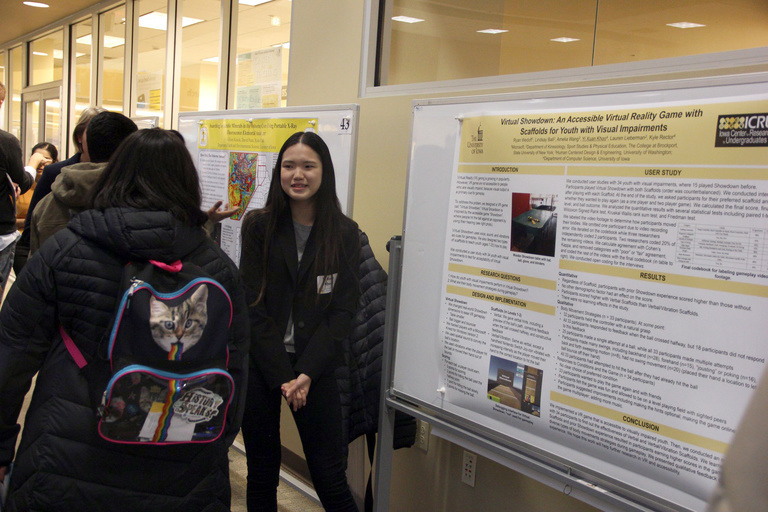 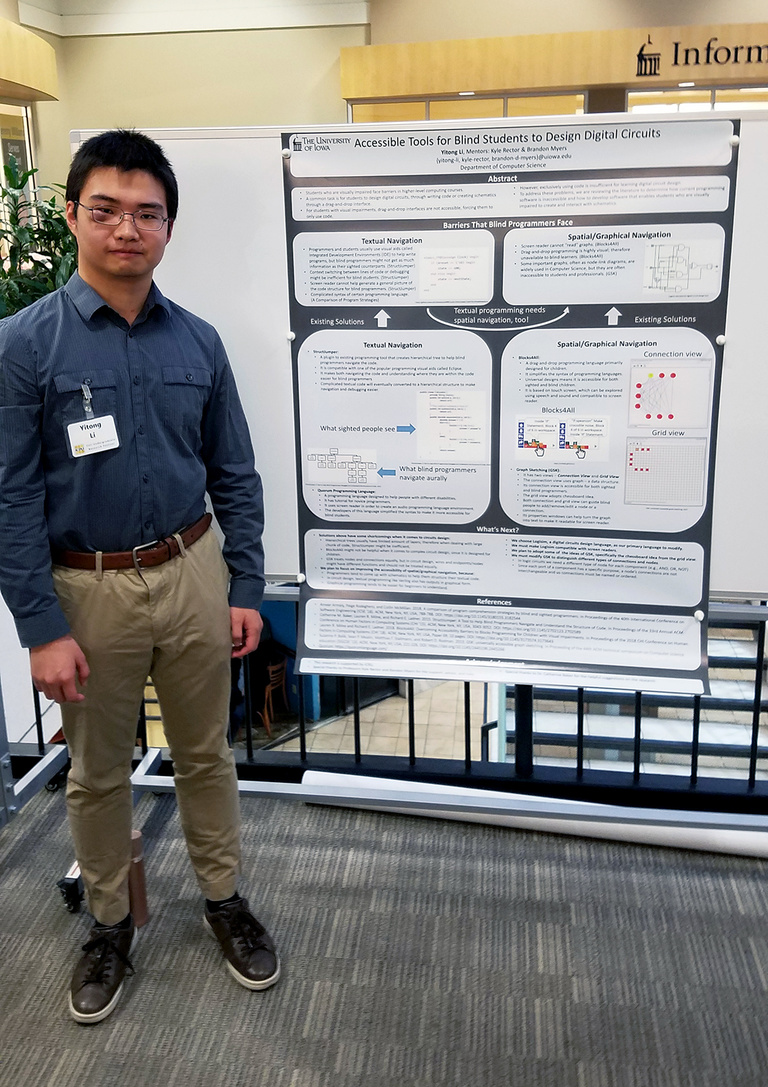 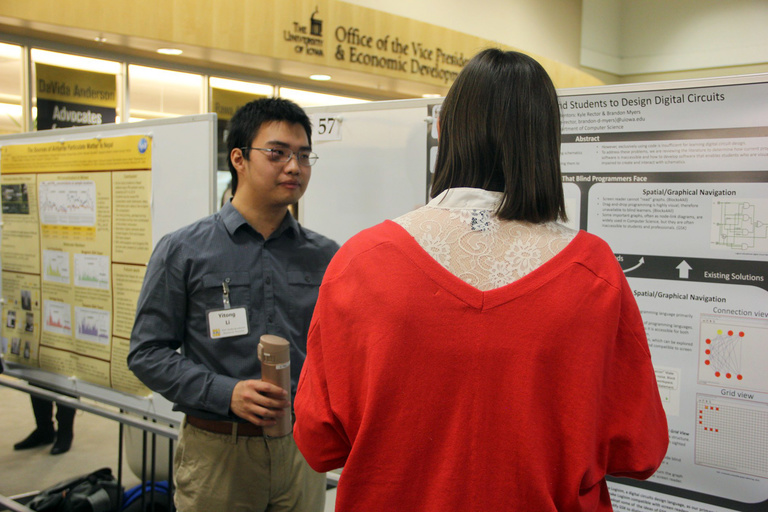 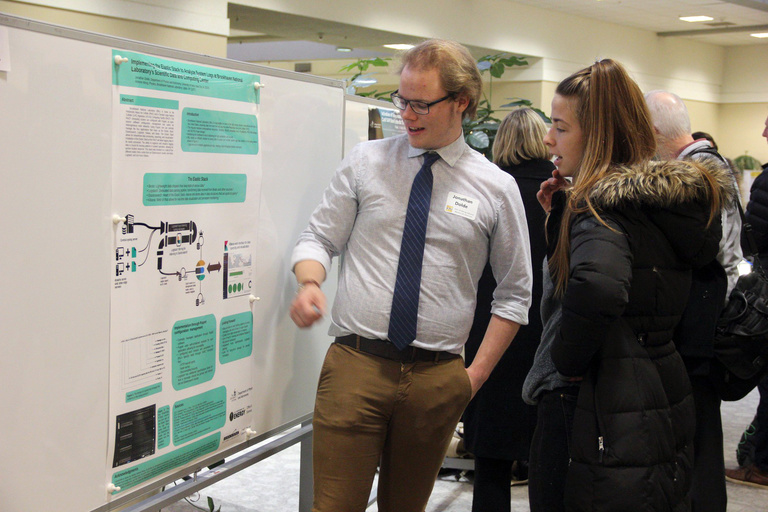